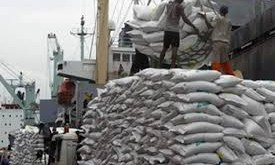 Exporters in the non-oil export value chain are groaning under the federal government’s non payment of N123 billion accrued incentives as at December 2015.

A delegation of the organized private sector in the non-oil export who visited Daily Trust Head Office said the backlog is crippling export and investments in non-oil exports.

They called on government to pay so jobs can be sustained and created and the economy, diversified.

About 110 firms in Nigeria employing over 11million people, mostly rural people, are involved in non-oil export. The Export Expansion Grant (EEG) scheme was introduced in 2005 by government to stimulate export oriented activities in the non-oil export sector.

A consultant to UNIDO, World Bank and Partner at Afro-consulting Trade & Services Ltd, Dr. Navdeep Singh Sodhi who spoke for the delegation said for 10 years, non-oil export companies have invested in value addition and processing activities but now, the investments are facing illiquidity crunch.

“Now the issue is that about N123billion worth of the certificates are lying in backlog. So the exporters export but they are not able to receive the incentives so there are a huge backlog and crises.

“The government hasn’t made any statement that the scheme has been suspended, reviewed or cancelled. Keeping it open ended doesn’t help planning. We need government’s definite pronouncement,” he said.

Also speaking, the Chairman of NACCIMA Export Group (NEXAG), Mr. Ade Adefeko, said in the last two ye, non-oil exports have halved from $3billion to $1.6billion due to the non-payment of the EEG.