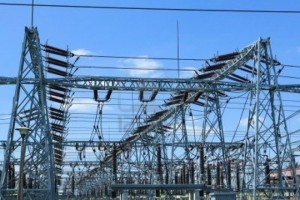 The Nigerian Electricity Regulatory Commission has directed its lawyers to file an appeal against the court ruling that mandated it to reverse the 45 per cent increase in electricity tariff across the country.

The NERC had earlier stated that it would uphold the decision of the court, but the commission changed its stance after consulting its lawyers, as announced on Friday during a press briefing that was held at its headquarters in Abuja.

A Federal High Court in Ikoyi, Lagos had on Wednesday reversed the 45 per cent electricity tariff increase by the NERC and the Federal Government in a landmark judgment. The court declared the hike in tariff illegal and directed that it should be reversed immediately.

The court held that the implementation of the 45 per cent increase constituted a violation of its interim order and awarded N50,000 cost against the NERC.

Speaking at the briefing, the Acting Chief Executive Officer, NERC, Dr. Tony Akah, said the commission was aware of the judgment which declared the electricity tariff regime that became operational on February 1, 2016 illegal.

He said, “The commission respects this decision of the court but we are dissatisfied because it represents the reversal of the commercial foundation upon which contracts for gas, hydro, coal and solar feedstock for the production of electricity have been predicated.

“This judgment, in our view, is a setback to the progress made so far in the electricity sector. Therefore, we challenge this decision. We have instructed our lawyer to appeal. Consequently, the commission has filed for stay of execution and a notice of appeal of the judgment yesterday.”

Akah stated that private power production and distribution was relatively new in Nigeria and that development such as the court ruling must be seen in that context as the laws begin to face judicial tests of interpretations.

The NERC boss expressed the hope that ultimately power consumers as well as institutions would come to a better understanding of the values of the choice made to privatise the power sector.

Akah said, “Therefore we ask investors, as well as customers in the electricity market not to panic as we seek a resolution within the ambit of the established laws.

“The commission remains committed to continuously provide the right regulatory framework that would promote private sector investment in the electricity supply industry and also protect the interests of electricity customers as enshrined in the Electric Power Sector Reform Act 2005.”