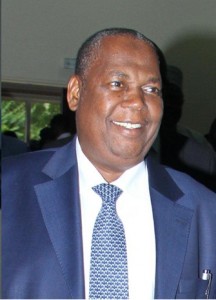 The Managing Director/Chief Executive of Nigeria Deposit Insurance Corporation (NDIC), Alhaji Umaru Ibrahim has expressed concern over the increasing wave of non-performing insider loans in various banks and its consequence on the stability of the nation’s banking system.

Alhaji Ibrahim expressed this concern while receiving the newly elected President & Chairman of Council of the Chartered Institute of Bankers of Nigeria (CIBN), Professor Segun Ajibola and some of his Executive Members who paid a courtesy call on the NDIC Senior Management in Abuja.

According to him, the development had posed credibility questions which were capable of eroding public confidence in the banking system. He called for strict compliance with the existing code of conduct and a review of the existing laws and regulations to provide stiffer penalties for Directors who take advantage of their positions and failed to pay back their Loans.

Speaking on the recent staff rationalisation embarked upon by banks, Alhaji Ibrahim urged the banks to exercise caution so as not to create industrial unrest in the industry. He therefore called on the CIBN to intervene by advising its members on the aim of the rationalisation which should be to weed out bad eggs from the industry.

The NDIC CEO emphasized that the Corporation would continue to partner with the CIBN and other professional bodies towards achieving effective capacity building among its staff. Alhaji Ibrahim disclosed that 77 members of staff of the Corporation were currently undergoing the Bangor/CB MBA programme which commenced three years ago. The Bangor/CB MBA programme is an initiative of the NDIC, the CIBN and the Bangor University, Scotland where staff of the Corporation undergo up to 24 months training programme and graduate with dual certification: an MBA and Chartered Banker of Scotland. Fourteen (14) members of staff had already graduated from the programme. He further requested the CIBN to fast track the accreditation of the Corporation’s Training Academy and the introduction of the deposit Insurance System (DIS) in the institute’s curricula in order to broaden the scope of professionalism in the banking industry.

In his response, the President/Chairman of Council of the Chartered Institute of Bankers of Nigeria (CIBN), Prof. Segun Ajibola, expressed the appreciation of the CIBN to the Corporation for positive contributions to the activities and programmes of the Institute and its support towards the establishment of the CIBN Bankers House in Abuja. Prof. Ajibola also commended the Corporation for its contribution in ensuring stability in the banking system.
The President/Chairman of Council of the CIBN assured the MD/CEO that the accreditation committee of the institute would soon visit the NDIC Academy. He however appealed to the MD/CEO on the need for further collaboration with the institute on training and other issues of mutual interest.

On staff casualization in the banks, Prof. Ajibola pledged to table the matter at the CIBN’s next meeting with banks’ CEOs with a view to addressing the issues. He stated that efforts were being put in place by the CIBN to enhance the capacity of bank staff, particularly in credit administration.