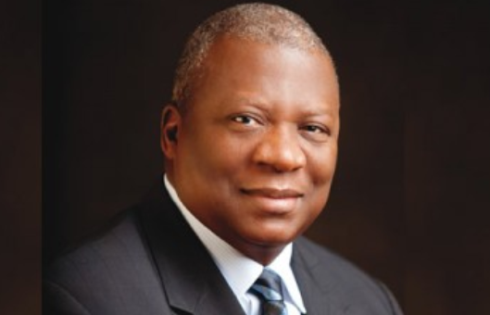 Data from the Nigerian Insurers Association released last year showed that the government only contributes 25 per cent to the N300 billion gross insurance premiums in 2012 and the 2013.

The then Coordinating Minister for the Economy and Finance Minister, Dr Ngozi Okonjo-Iweala, at National Insurance Summit (the first of its kind) held in Abuja in December 2014, said that the target is for the insurance sector in Nigeria to grow its ratio of premiums to GDP to 1.6 per cent so the sector can create more jobs and boost economic development. The federal government set a target of N1 trillion in 2017, and N5 trillion gross written premiums (GWP) for the insurance sector to achieve in the next 10 years.

There are various areas of challenges that have been confronting the insurance sector over the years. One of the earliest and the most resilient problems the insurance industry and the broker firms in particular has been contending with and will continue to contend with is the problem of ignorance as the benefits of insurance products.

More so, the economic situations of the country with 18,000 minimum wages in concomitant with seemingly high cost of living has left the Nigerian masses with no choice than to believe that insurance is a smart way of extorting money from the people. The problems created by some dubious practitioners who will collect premium without remitting same to the appropriate quarters do not help matters either.

Insurance companies and practitioners are currently groaning under the yoke of insurance fraud usually caused by issuance of fake insurance documents. Statistics indicate that Motor Insurance, Travel Health Insurance and Marine Insurance are the worse hit with over 90% of Third Party Insurance certificates being fake whilst the statistics for Marine Insurance is even worse at over 95%.

This is according to investigation by Insurance Advice Nigeria which further revealed fraudsters operate from business centres issuing fake marine certificates customers to at major centres where shipping activities are carried out especially in Lagos. For example, you could get an Institute Cargo Clauses ICC “C” marine insurance cover which is the minimum marine cover for N2,500 notwithstanding the Insurance Value. Although the certificates carry the names and logos of registered insurance companies, the companies know nothing about how they are being issued and premiums are not remitted to them.

Revelations at the Embassies and High Commissions in Lagos and Abuja also shows that there are syndicates who specialise in faking Travel Health Insurance Certificates to intending travellers who are mandated to have evidence of Travel Health Insurance in the course of applying of European Union Visas. Similar situation takes place across most licensing offices all over Nigeria where touts are having a field day issuing fake motor Third Party Insurance certificates for as low as N1,000 whereas the approved price by the regulator is N5,000.

There are also many instances where insurance certificate carries the name of a registered insurance company but funds are not remitted to them. These high levels of fraud have affected the sector immensely as the real practitioners in the sector and ultimately affect remittance into the nation’s coffers.

According to a top industry executive interviewed by Insurance Advice Nigeria lamented, “There are so many Nigerians patronizing touts. Visit any licensing office across the country and you would be amazed at the number of fake certificates being churned out on a daily basis. I sometimes shudder whether it is the lack of faith in insurance companies or lack of capacity by our law enforcement agents or that we just like faking things in Nigeria. I wish government could set up a body in the mould of NAFDAC to tackle headlong the menace of fake insurance…”

Market infractions came under significant fire from regulatory bodies like National Insurance Commission (NAICON) who last year received several complaints from many of its members against some underwriters who poach clients being serviced by them. The Nigerian Council of Registered Insurance Brokers (NCRIB) also lamented how insurance companies go to businesses already being handled by brokers to collect their accounts with promises of offering the clients reduced premium.

These companies seem to prefer paying a daily fine of N5,000 from June 1, 2014. More so, it was revealed in the past couple of years that about 100 out of the 577 insurance brokerage firms failed to get their licenses renewed as when due. The brokers claimed that the commission introduced stringent conditions to the process of license renewal in order to send them out of business, a claim NAICOM denied. In this vein, the regulator said it will review its regulatory position. It said the days for leniency on insurance operators are over and any insurance operator, particularly underwriters who failed to meet strict regulatory prescription may have its license revoked.

Also NAICOM said operators of insurance firms with solvency issues will have their licenses withdrawn and any insurance operator that fails to meet regulatory prescription 100 percent may just be willing to close shop, especially issues that involve solvency of insurance firms. This is because insolvency of insurance companies has massively affected innocent clients. Experts have also suggested that for Nigeria to unlock its insurance sector growth, retail insurance, micro insurance and Takaful (ethical) insurance must be developed.

Experts further advised the implementation of the ‘No premium, No cover’ rule as it is said to have beneficial in the last couple of years. The federal government was also urged to pay its premium on the group life cover for its civil servants – the account was a high debt account previously. The insurance companies are also advised to pursue foreign investments and partnership as the nation await to see the positive outcomes from the foreign interests witnessed in 2014 as major insurance companies and groups such as NSIA, Old Mutual, and quite recently, AXA entered the Nigerian market.