Home Features Opinion Amaechi – Kachikwu: Between A Fighter And A Manager 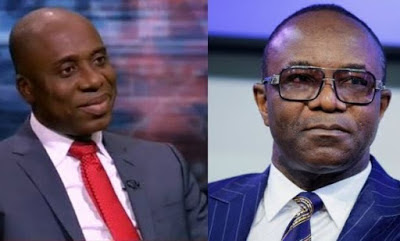 While crisis management and reputation management are public relations functions, conflict management is another process of limiting the negative aspects of conflicts while increasing the positive aspects.

An interesting feature of President Muhammadu Buhari’s cabinet and in fact his ruling party, All Progressives Congress (APC), is the amalgamation of good fighters and good managers.
The fighting skills as well as managerial expertise of some of the members catapulted the party to victory in the last general elections. For instance, Rotimi Amaechi aided the emergence of the Buhari government when he successfully initiated a fight, as the Governor of Rivers State, against President Goodluck Jonathan. He tactically joined forces with other members of the Peoples Democratic Party (PDP), including Senator Bukola Saraki of the National Assembly and Governor Rabiu Kwankwaso of Kano State among others in fighting the government. This helped to bring PDP down to its knee after 16 years as the ruling party.
Rotimi Amaechi, even as the current Transport Minister has never stopped being a good fighter. He recently took on his counterpart, Petroleum Minister of State, Dr. Ibe Kachikwu on Niger Delta issue. The two Ministers are the unique faces of good fighters and managers in the Buhari administration. While Amaechi, as a politician believes in taking decisive actions on critical issues, Kachikwu is an advocate of managing any issue to a logical conclusion rather than through confrontations.
At a recent federal government town-hall meeting at Uyo in Akwa Ibom State, Amaechi defended the decision of the Muhammadu Buhari administration to scrap the Maritime University project on the ground that the previous administration of Goodluck Jonathan had paid too much to acquire a land for the university.
Describing the project as a “misplacement of priority”, Amaechi said: “My argument about Okerenkoko is that the land alone is N13 billion. If you give me N13 billion, I will buy half of Lagos. That N13 billion has built the university already.”
He added that anti-corruption agencies should be mandated to recover the N13 billion already paid for the land, then he would build the university for the Niger Delta region.
Like a bull in China shop, Kachikwu rose to defend the university project, adding that he would source for the money to complete the project.
Kachikwu said; “I disagree with the Minister of Transport. Any facility that is located in the South-South we should work closely to develop it. I don’t care the circumstances under which you are placed. It’s not in my position to determine whether land was valued at N3 billion or N10 billion. The appropriate institution, which is at the costing system, will determine that. That has nothing to do with development of infrastructure. And as far as I know, so much has already gone into the university.”
The drama must have generated heated debates but the great lesson is that we can fight some of the time to win but we should also devise ways of managing victory. Skilled managers rather than good fighters are required for political stability and economic growth.
Amaechi started his political fighting from the University of Port Harcourt, when he fought his way to become the President of the National Union of Rivers State Students (NURSS) after fighting for students’ rights. After his graduation, he joined Pamo Clinics and Hospitals Limited owned by Dr. Peter Odili, his political godfather who became Governor of Rivers State and facilitated Amaechi’s election into the Rivers State House of Assembly where he emerged the Speaker in 1999. Their harmonious relationship was truncated when Amaechi launched a campaign against the state government, and fought Odili in an effort to succeed him as governor in 2007. When his name was substituted as winner of PDP’s primaries for Rivers gubernatorial election that year, Amaechi fought his way to the Supreme Court where he was pronounced the rightful candidate of the party and became the governor on 26 October 2007. He was re-elected for a second term of four years in April 2011 with less fight.
Meanwhile, Dr. Kachikwu has never been a typical Nigerian politician who can fight his way to power and reckoning. He is an outstanding manager who has proved his worth in the media, academics and corporate world. Apart from bagging a First Class degree in Law from the University of Nigeria, Nsukka and Nigerian Law School with multiple awards, he also obtained outstanding Masters and Doctorate Degree in Law from Harvard University. He had worked with the Nigerian/American Merchant Bank, Texaco Nigeria Limited from where he joined Exxon-Mobil where he rose to the position of Executive Vice Chairman and General Counsel of Exxon Mobil (Africa).
Apart from his deep involvement in the politics of Niger Delta, Amaechi as Transport Minister has succeeded in the extension of rail lines across Nigeria and the completion of ongoing rail projects initiated by the previous administration, especially the Abuja-Kaduna route that is likely to be commissioned in July 2016 by President Muhammadu Buhari.
Meanwhile, Kachikwu as Petroleum Minister and former GMD, NNPC, was able to cut operational losses, deregulate the downstream sector; initiate a creative means of meeting the Joint Venture (JV) contributions and ensuring prompt payments of revenue to the federation account among others.
Kachikwu’s endorsement of first class engineer and thoroughbred bureaucrat, Dr. Maikanti Baru, as the new Group Managing Director of NNPC, is quite encouraging as the Minister now chair the NNPC Board of Trustees to oversee the complex oil sector and undertake critical consultations with stakeholders towards political and economic stability.
While we urge the fighters and managers in the cabinet of President Buhari to work closely and collectively towards political stability, national security and economic advancement, they should limit the negative aspects of their conflict and increase the positive aspects of the struggle. What Nigerians want now is more focus in managing the economy and security situations rather than in-fighting and internal-agency rivalry.

UBEC: Why Hamid Bobboyi Was Reappointed For Another Term, by Abubakar Yusuf

NIGERIA: Women, Girls, And The Power Of Technology, by Hawwah A. Gambo

5G Connectivity And The Future Of The Digital Economy, by Inyene Ibanga

UBEC: Why Hamid Bobboyi Was Reappointed For Another Term, by Abubakar...