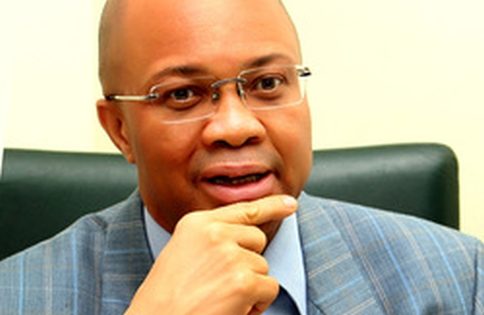 President Muhammadu Buhari has approved the appointment of his Special Adviser on Planning, Mr. Ben Akabueze as the new Director General of the Budget Office of the Federation.

Pastor Ben Akabueze, a Pastor of RCCG, was Lagos Commissioner for Economic Planning and Budget during the tenures of Bola Tinubu and Raji Fashola.

Akabueze is to take over from Mr. Tijani Muhammed Abdullahi who would now serve as Special Adviser to the President on Planning. Ben Akabueze would also continue to work with the Minister of Budget and National Planning.

A statement by Mr. Femi Adesina, the Special Adviser to the president on on media and publicity states that both Akabueze and Abdullahi joined the Ministry of Budget and National Planning in February this year. Their redeployment, the statement added, was “part of an ongoing exercise aimed at further repositioning the Ministry to effectively deliver on its core mandate.”

A distinguished banker, accountant, economist and administrator, Economic Confidential gathered that Akabueze holds a first class B.Sc degree in Accounting from the University of Lagos (UNILAG) and an Advanced Management Programme Certificate from the Lagos Business School.

He was appointed Honourable commissioner for Economic Planning & Budget, Lagos State from 2007 to 2015. He has been Non-Executive Director at Chams Plc since February 03, 2016, and also served as a Director of Sterling Bank Plc until August 31, 2006.

Ben Akabueze is very passionate about Societal Transformation and actively participates in programmes designed to bring the desired change in his country. He also pastors the Redeemed Christian Church of God – The King’s Court Parish, with a congregation consisting mainly of young professionals and business people. Ben is the recipient of several academic, professional and community service awards. He is a member of Metropolitan Club and Ikoyi Club among others and loves to play squash and to swim.

Ben is married to Ngozi Akabueze and blessed with children.