Home Business Blackout In Northeast Over Attack On Power Installations 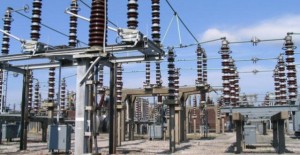 The destruction of gas installations by the Niger Delta militants and attack on electricity poles, cables and installations along Biu-Damboa-Maiduguri road by Boko Haram militants have thrown a large part of the North Eastern region into darkness with Maiduguri, the Borno State capital, not having light in the last six weeks.

Senior Communications Officer of the Yola Electricity Distribution Company (YEDC), responsible for the distribution of light to Borno, Yobe, Adamawa and Taraba states, Kingsley Nkeneme, has attributed the blackout to low supply from generating plants.

He explained that the attacks on pipelines in the Niger Delta region by militants disrupted power supply to most parts of Nigeria, including the four states of the North-East being controlled by his company. Presently, the country depends mainly on gas to generate electricity due to the low level of water in River Niger which has affected hydro electricity generation.

He said the company receives about 63 mega watts of electricity, representing 0.3% of the requirement of the four states, saying the company had enjoyed as much as 104 mega watts immediately after President Buhari assumed office last year.
Nkeneme also said the problem was further aggravated by Boko Haram attacks on electricity equipment as well as damages caused by rainstorm on distribution lines.

He however added that a transmission line that broke down in a remote area around Biu-Damboa road was under the control of the Transmission Company as such the problem was beyond the YEDC.

Responding to allegations that the company had been charging unmetered customers for the period of the blackout, Nkeneme said customers have the right to contest their bills by writing to the company and that the company would not disconnect such customers until the issue has been resolved, saying the company is working hard to provide pre-paid meters to its 75,000 customers in this year.

Reports from the affected states reveal that despite epileptic power supply, customers are still billed even for the period of the blackout when no supply of electricity was made.

In Maiduguri, there has been total blackout for about six weeks as most dealers of yoghurt, who rely on electricity from the national grid to preserve their products, have been forced to close their businesses while those that can afford alternative energy sources have resorted to using generators.

Alhaji Modu Fantami, who sells yoghurt at West End area of Maiduguri, said he has been forced out of business due to lack of power supply to preserve the yoghurt, saying, “I do not have money to buy big generator that can power my fridges. The ice blocks we used to buy three for N100 is now N80 each.”

The situation from Yobe State is better as residents say though they are experiencing acute shortage of electricity supply, theirs is not total blackout as they get electricity supply intermittently on a daily basis from the same Yola Electricity Distribution Company (YEDC) in major towns of the state including Damaturu, Potiskum, Gashua, Buni Yadi and Nguru.

Electricity supply has been a mirage in some of the towns while others experience intermittent load shading for days.
In Damaruru, the state capital, heavy windstorm destroyed several electricity poles thereby depriving the town power supply for almost a week.

Residents of some parts of the town complained of blackout each time there was a wind storm. A resident of Bra-bra Housing Estate, Inusa Mohammed, said they have been in darkness for 5 days.

“We used to have light for five hours on the average daily but spend over a week without electricity each time there is wind storm. This happens every year but the PHCN and now YEDC have not been able to provide a lasting solution,” he said.

In Potiskum, one of the industrial towns in Yobe, many local factories are affected by the outage, a situation that caused tremendous increase in the prices of products like trailer body and other fabricated materials.

Alh Musa Ali, a trailer body fabricator said the amount they spend on diesel has now gone up and it’s having a multiplier effect on consumers due to the poor electricity supply in the area. “A trailer body sold at N2.5m is now almost N3m. It ordinarily would have been far less if electricity instead of diesel is used.”

In Yola, the capital of Adamawa State, there was outrage recently when customers on estimated billing said the YEDC slashed their bill only by half when they got almost zero supply of electricity.

A resident of Yola, Malam Bello said, “I do not have meter, so my monthly bill has been N7,000 since the increase in tariff but now that there was no power supply within the month, instead of my bill to reflect the two months black out, they charged me N3,500 for no supply. I don’t know whether they are re-introducing fixed charges.”

Residents of Jalingo, Taraba State capital, decried poor electricity supply from Yola Electricity Distribution Company.
Some of the residents who spoke to Daily Trust over poor power supply in the state capital said there has been total black out in most parts of the city for the past two weeks.

Mr James Bulus, who resides at Saminaka quarters in the metropolis, said for the past two weeks there has been no supply of electricity in his area. He said most residents in the area now use generators in their houses as a result of the blackout.

At the Nana Aisha Quarters, the story was the same as a resident of the area, Malam Bello Musa, also complained of non supply of electricity, saying, “For the past two weeks, we’ve not had light in our area though staff of Yola Electricity Distribution Company keep bringing bills to us.”

Daily Trust findings revealed that only those on 33KVA line supplying top government officials and the rich in the society get uninterrupted power supply.

Residents of Mile 6, Roadblock and ATC Quarters, who used to get constant supply in the past, said the story was different now as the supply is now epileptic.

Meanwhile, all commercial centers and banks are complaining of poor services, a situation they said has increased the cost of running their businesses.