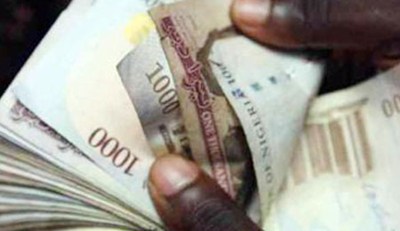 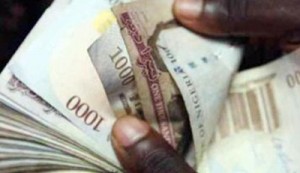 The naira, which came under pressure last week following the partial deregulation of the downstream petroleum sub-sector, has to be devalued, with a flexible foreign exchange policy put in place, industry experts have said.

The currency had on Friday plunged to 360 against the United States dollar at the parallel market from 341 on Thursday, a day after the Federal Government announced a new petrol price band of N135 to N145 per litre and that fuel importers were now free to source for dollars from the parallel market to import the product.

The Managing Director and Chief Executive Officer, Financial Derivatives Company Limited, Mr. Bismarck Rewane, said in a telephone interview with our correspondent, “Definitely, at this point in time, the official price of the naira is not appropriate. So, they will have to take a look at that and come up with an exchange rate policy that will take all of this into full consideration.

“If you can bring that down because of the price that has increased, then the amount of foreign currency available may just be enough and, therefore, the amount of adjustment required may not be as large as people fear today.”

The Head of Investment Research, Afrinvest West Africa Limited, Mr. Ayodeji Ebo, said he expected the naira to be devalued, adding, “It is the right thing that can help the move made by the Federal Government regarding fuel to yield positive results because sending 30 per cent of the people that access at the CBN to the parallel market will cause unnecessary pressure.

“So, what we expect is that they should liberalise the foreign exchange market too, make it reflect the market rate as well as remove the restrictions in terms of people that can access at this rate.”

The Chief Executive Officer, Cowry Asset Management Limited, Mr. Johnson Chukwu, said technically the naira had already been devalued, “but it is not in relation to the speculations going round that the government had announced devaluation.”

According to him, the CBN does not need to come and announce that it is devaluing the currency.