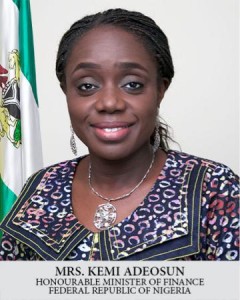 The Federal Government said the N350 billion earmarked for capital projects in the second quarter of this year will only be accessed by Ministries, Departments and Agencies (MDAs) with development plans.

Daily Sun learnt that the early provision of the fund was to demonstrate government’s commitment to ensure a 100 per cent implementation of the budget despite its late signing. But investigations revealed that MDAs may frustrate the Federal Government’s resolve to achieve a 100 per cent implementation as sources have hinted that only the Ministry of Power has presented its development plan while other ministries are yet to comply with government’s directive on the matter.

To ensure that the fund trickles down to the grassroots and create employment for Nigerians, the government had made it clear to the MDAs that part of the conditions to award contracts was that the money would not be used to pay expatriate workers in the construction companies.

Minister of Finance, Kemi Adeosun, had in March this year, promised that the N350 billion stimulation fund to be spent mostly on capital projects and job creation.

Speaking to newsmen, Adeosun said, “we are already discussing with some of the contractors who will be paid these monies and the objectives from the overall criteria is how many Nigerians would be re-engaged. We are specifically looking at contractors who have laid off staff and how many Nigerians are you going to put back to work as a result of this money we are planning to release. We believe this would bring significant economic activity.”

According to her, the general resolve of the government was that there was a need to bring in more cost efficiency in the operations of government, specifically the setting up of an efficiency unit within the state governments, to rationalise expenditure and to increase Internally Generated Revenue (IGR).