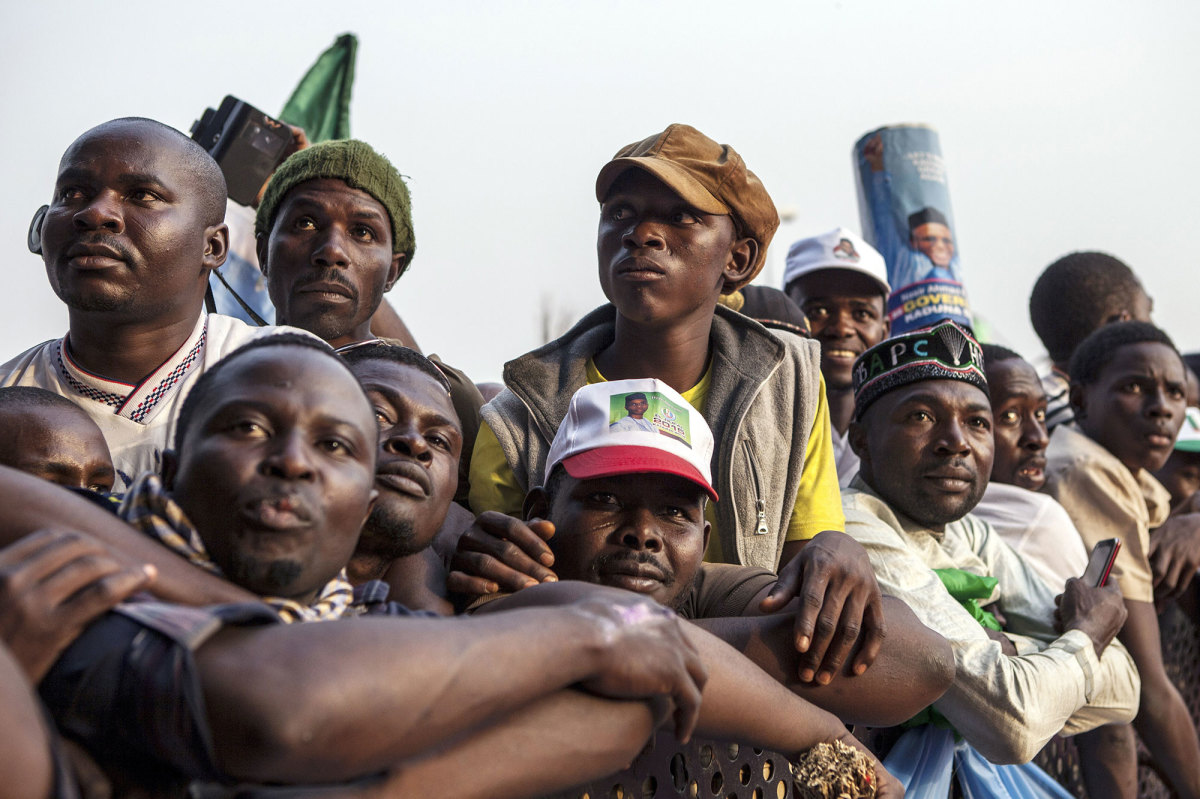 THE love a mother has for the child is immeasurable; the tender loving care with which she nurses her baby from childhood to adulthood is unbelievably pure. Even when the son or daughter, as the case may be, is in wedlock, the bond remains, no matter the shortcomings from the erring child. It is with this same love or something similar that this write-up is coming forth, in spite of plethora of similar write ups of the past. Perhaps, just perhaps, this will make sense.

The story of Nigeria is one that is characterised with a lot of drama. Almost like a mad man, the nation takes pride and seeks comfort in the illusion that over shadows logic, making no sense, yet believing in hyping her embarrassing ego to the world. Today, Nigeria is no better than what it was, or better put, worse than what it used to be years back due to the non-challant attitude of the leaders, and to some extent, less than patriotic stance of the followers. The present situation of the country is yet another reminder of the danger that looms in the dark corner, ready to strike and further rub the nation of its today and undesirably its tomorrow.

The downward trend in the Nigerian economy today cannot be x-rayed without a mention of crude oil being the nucleus of the economy. Sadly however, market forces in the globe have weakened the status of crude oil. Its price has fallen drastically to an all low in recent times. This unsavory development has sent jitters down the spine of both the government and the governed such that while President Muhammadu Buhari was presenting the 2016 appropriation bill last December, he lamented that the country’s domestic and foreign borrowings would increase to N984bn and N900bn respectively, totaling N1.84tn.

In all, the President predicted that the bill would have N2.22tn deficit; what a calamitous situation for the world’s sixth largest producer of crude oil! Currently, Nigeria exports 22 million tons of Liquefied Natural Gas(LNG), thus making it the world’s fourth largest exporter of the product yearly, but the challenge or bad news is that today, the United States of America, which hitherto had been an importer of LNG, is now set to export the product to the world market. The recent lifting of the sanction on Iran, which invariably re-admits the Middle East country into world oil market, even makes it more difficult to have increased crude oil pricing as Iran, reputed to have the fourth largest oil reserve in the world (160 billion barrels) could flood the market.

Additionally, the production of shale oil in the United States and  from Alberta oil sands in Canada has not only led to major cuts in oil from both countries, but has also added to excess supply of oil in the market. Add this to the increased production from Iraq and the expected supply from Iran, and then it is easy to figure out why the price of crude nosedived from $110 a barrel in 2014 to below $30 and will probably keep falling.

Without attempting to appear like a doomsday soothsayer, the situation of Nigeria at this point portrays a lot of danger.  It will, therefore, do us a lot of good if we appreciate the seriousness of the problem the country is faced with and begin to look into ways of coming out of the woods, particularly through aggressive diversification of the economy to address the issue of reliance on crude oil as our main source of foreign exchange earnings.

The suggested solutions for the way out could be categorised into two — long term and short term. Long term measures are those steps that should be taken, but may take a very long time before the effects could be seen or felt. On the other hand, the short term steps are those that if taken, the impact can be felt almost immediately.

The long term steps include the return to agriculture and diversification which would transform the Nigerian economy from a mono-product based one that it is right now. We need to go back to the basis, which is agriculture that used to be the mainstay of the Nigerian economy in the 50s and 60s. The country’s history is replete with what the three defunct regions were able to accomplish with proceeds from the agricultural products that were peculiar to each of them.

One can still remember the famed groundnut pyramid and cotton in the North, cocoa and rubber plantations in the West and palm oil in the East. Edifices like the Cocoa House, Liberty Stadium, University of Ife (now Obafemi Awolowo University) among others are some of the remarkable structures put in place as proceeds from agricultural produce in the Western region alone. Till date, they are still cynosure of all eyes.

It will, therefore, not be a bad idea if government moves to re-energise the agricultural sector. Needless to say, produce like groundnuts, palm oil, cotton, cocoa, rubber among other cash crops would become instant foreign exchange earners. This is not to forget that other food crops like rice, beans and millet could also be grown. Certainly, it will be a win-win situation for us; the country will earn foreign exchange, problem of unemployment would be solved and there would be food security.

Apart from earning foreign exchange, revamping the agricultural sector would certainly go a long way to breathe life into some local industries.

Still on long term steps, government should make haste to go into big time exploitation of natural mineral resources with which the country is blessed. Mineral resources like coal, tin, iron ore, limestone, niobium, lead and zinc among others are available in large commercial quantities in different parts of the country. With the aid of technology, all these could become instant money spinner for Nigeria.

Government should also try to strengthen tourism potentials to become another source of foreign exchange earnings. The United Arab Emirates (UAE) has travels and tourism as the major thriving sector of her economy; Nigeria also can do the same.

So much for long term steps, for short term interventions, government, particularly at the centre and state level, should as a matter of urgency and necessity take a second look at some expenditure which could be reduced or done away with altogether. Such expenditure include security votes, appointment of political aides, state banquets, retinue of aides, and long convoys, among such other sundry and frivolous spending. Governance, at this time, should be streamlined and excesses checked.

PPPs: An Effective Strategy for Increasing Digital Skills and Infrastructure, by Inyene Ibanga