Nigerian exports slumped 40.3 per cent last year after a fall in crude prices slashed government’s revenues, weakened the currency and caused the economy to grow at its slowest pace in decades, the National Bureau of Statistics (NBS) has said. 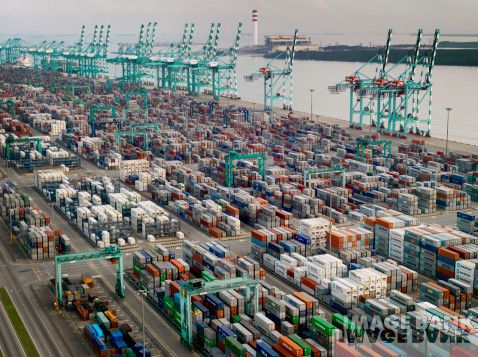 Nigeria, Africa’s biggest economy, faces its worst economic crisis in years, triggered by the fall in the value of its exports, mostly crude, which brings in the hard currency it uses to finance imports.

With limited manufacturing capacity, Nigeria imports most of what it consumes, and last year imports fell 9.2 per cent, the NBS said, adding that the decline helped mitigate a trade balance.

“This development arose largely due to a sharp decline in the value of exports. The structure of Nigeria’s exports is dominated by crude,” the NBS said.

Nigeria’s exports fell by 29.7 per cent in the fourth quarter from a year ago and imports declined 22.4 per cent, the NBS said. The fall in crude oil exports, which accounted for 71.4 per cent of total domestic exports last year, hit the economy the most. The nation’s economy slowed in 2015 to grow at 2.8 per cent, its slowest growth in decades, down from 6.2 per cent in 2014, as currency controls introduced by the central bank last year to support the naira, as oil prices plunged, started to hurt growth.

The dollar restrictions caused inflation to spike in February, rising to almost a three-and-half-year high while forcing lenders to delay hard currency loan and trade repayments to foreign bank.

The IMF has called on Nigeria to lift the curbs and let the naira reflect “market forces” more closely, as the restrictions had significantly affected the private sector. The naira trades on the unofficial market some 40 per cent below the official rate to the dollar.

President Muhammadu Buhari has rejected calls to devalue the naira, backing the central bank, arguing that dollar curbs were necessary as Africa’s top oil producer could no longer afford to import as much as it had in the past due.

Nigeria exported mainly to Asia and Europe last year while imports were dominated by machinery, petrol and foods products from Asia, Europe and Americas. Imports within Africa grew by 6.3 per cent.