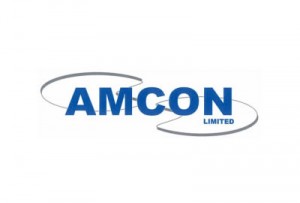 The Asset Management Corporation of Nigeria (AMCON) on Wednesday revealed that its current liabilities stood at N6.6 trillion from purchase of bad loans worth N3.3 trillion at the sum of N1.7 trillion.

This came to fore at the House of Representative Ad-hoc committee investigating alleged fraudulent sale of banks by AMCON chaired by Honourable Albert Adeogun.

The panel however questioned the rise in liabilities of AMCON as it owes the Central Bank of Nigeria to the tune of N4.5 trillion.

Hon. Adeogun who queried AMCON on the amount of liabilities, said that, “about two months ago when we met, you said the liabilities of AMCON stood at N4.5 trillion, today you say its N6.6 trillion. What are the components of this liability? Who are your creditors.”

But the Director of Banking Operations, CBN, Tokunbo Martins informed the committee that while the debt to the CBN stood at N4.5 trillion, the N6.6 trillion includes calculated interest which would have accrued to the debt by year 2024.

Speaking further, the CBN Director also told the committee that due process were followed in the sale of Mainstreet and Enterprise Banks, stressing that the buyers, Skye Bank and Heritage Banks were not permitted to use depositors funds.

The Managing Director of AMCON, Mr Ahmed Kuru corroborated the statement of the CBN director.